The Rusty Knuckle BBQ team, made up of Collinsville Firemen Derek Osborn and Zack Jenny, took home the title of Grand Champions of the Backyard Division at the 2019 Smokin on Main BBQ Competition and Festival.

The Rusty Knuckle team won 1st place Chicken and 5th place Ribs, and had the highest overall score to win the Grand Champion trophy beating out over 30 competitors in the Backyard Division. 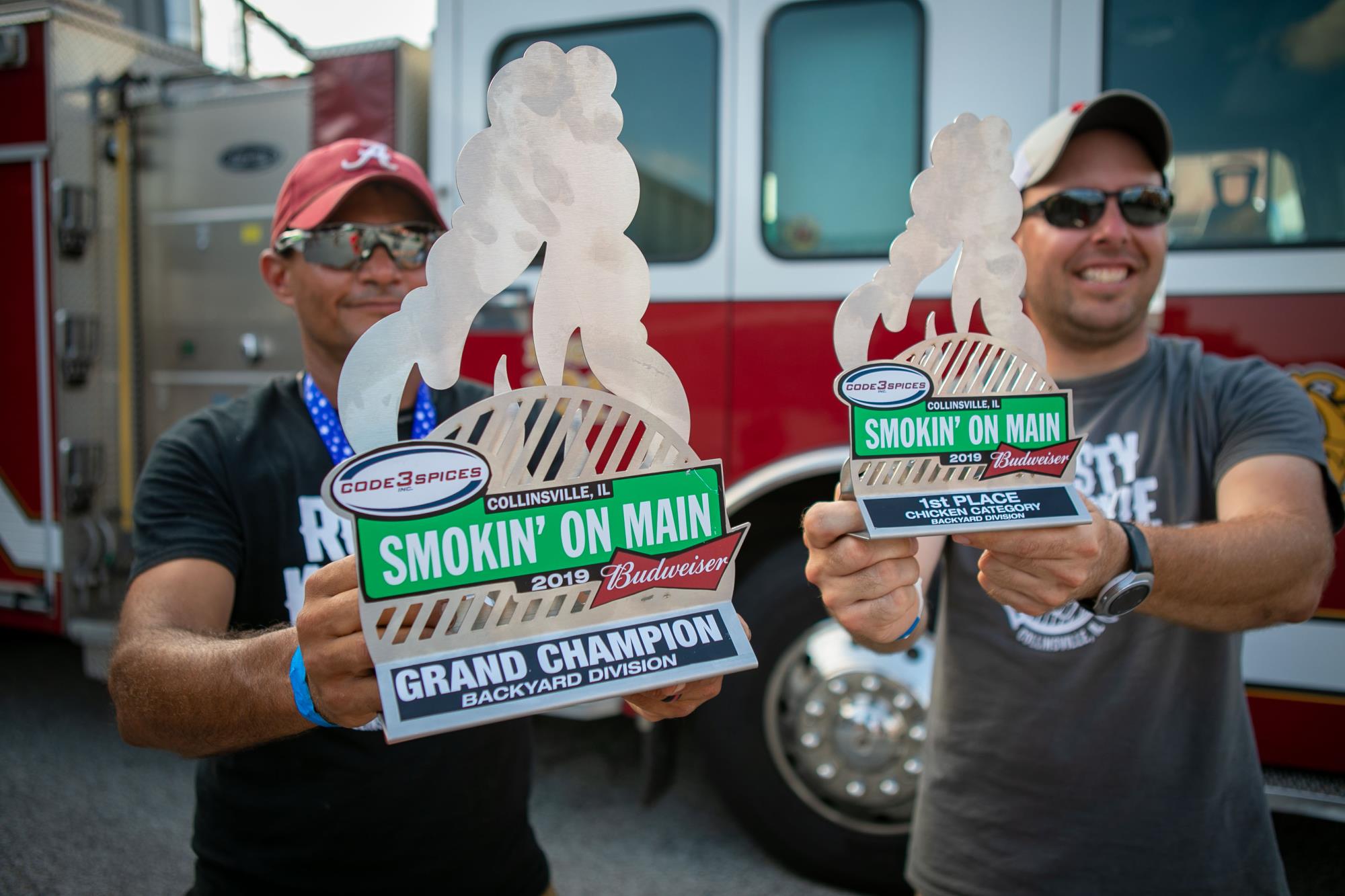 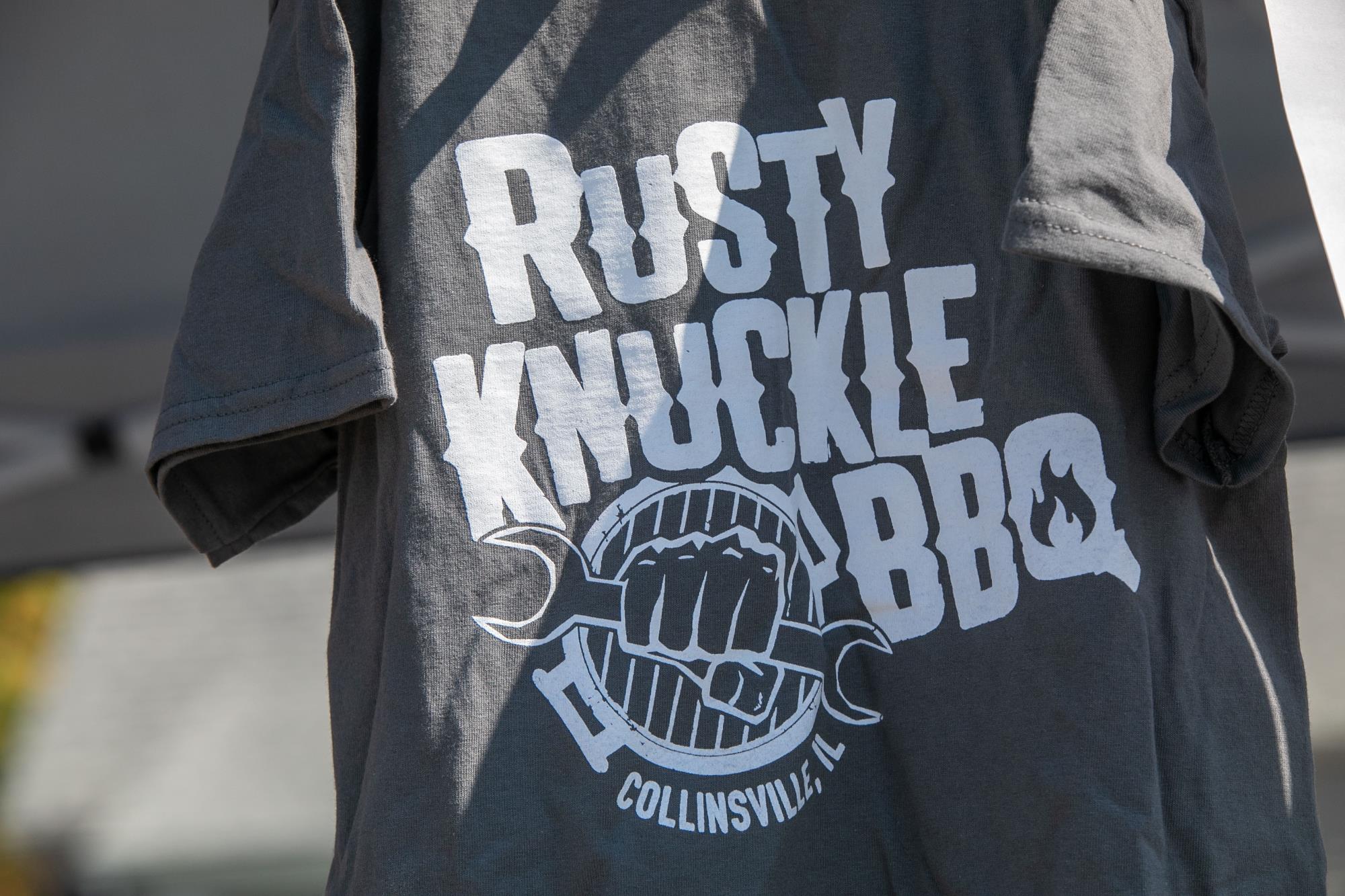 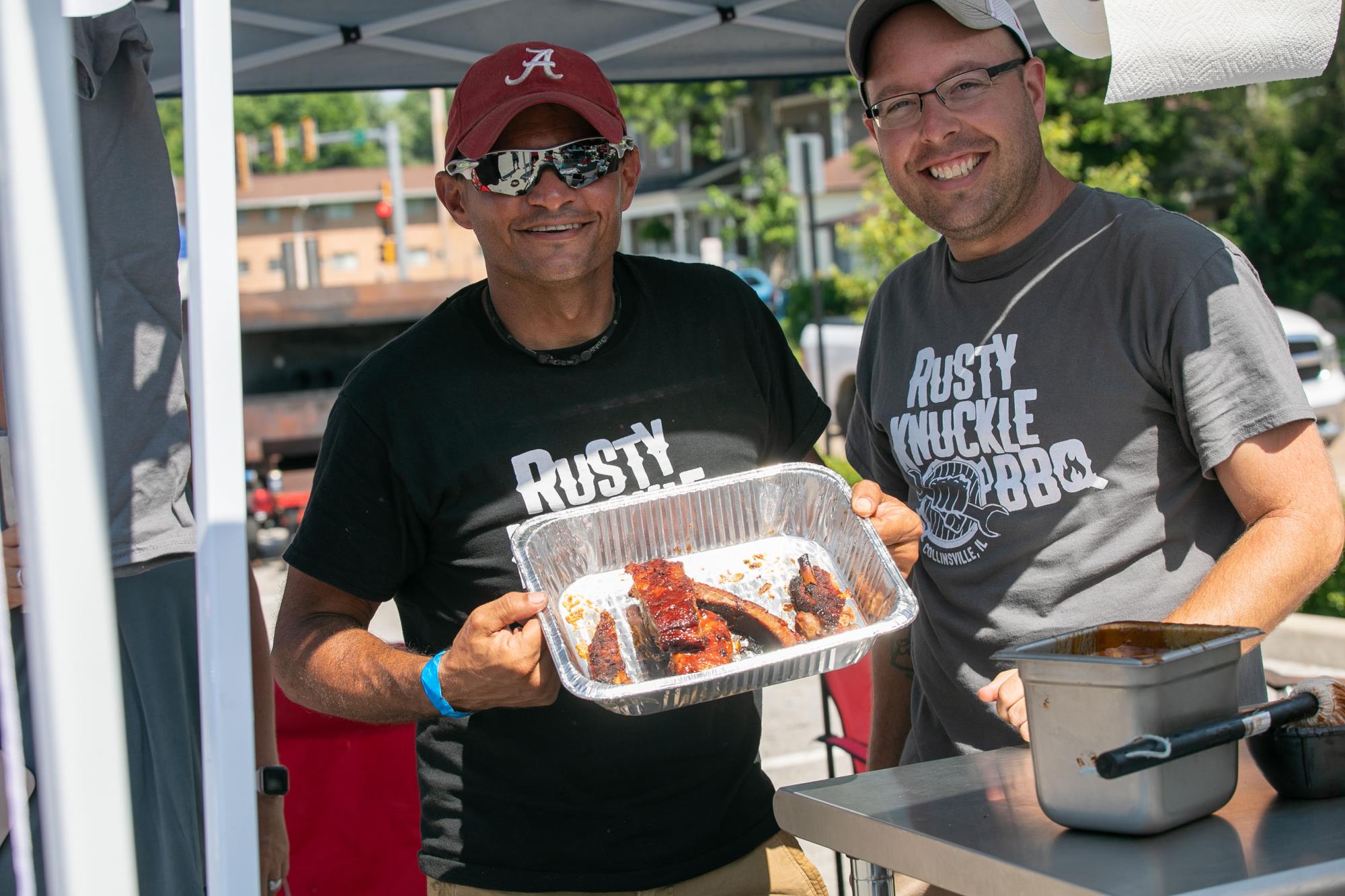 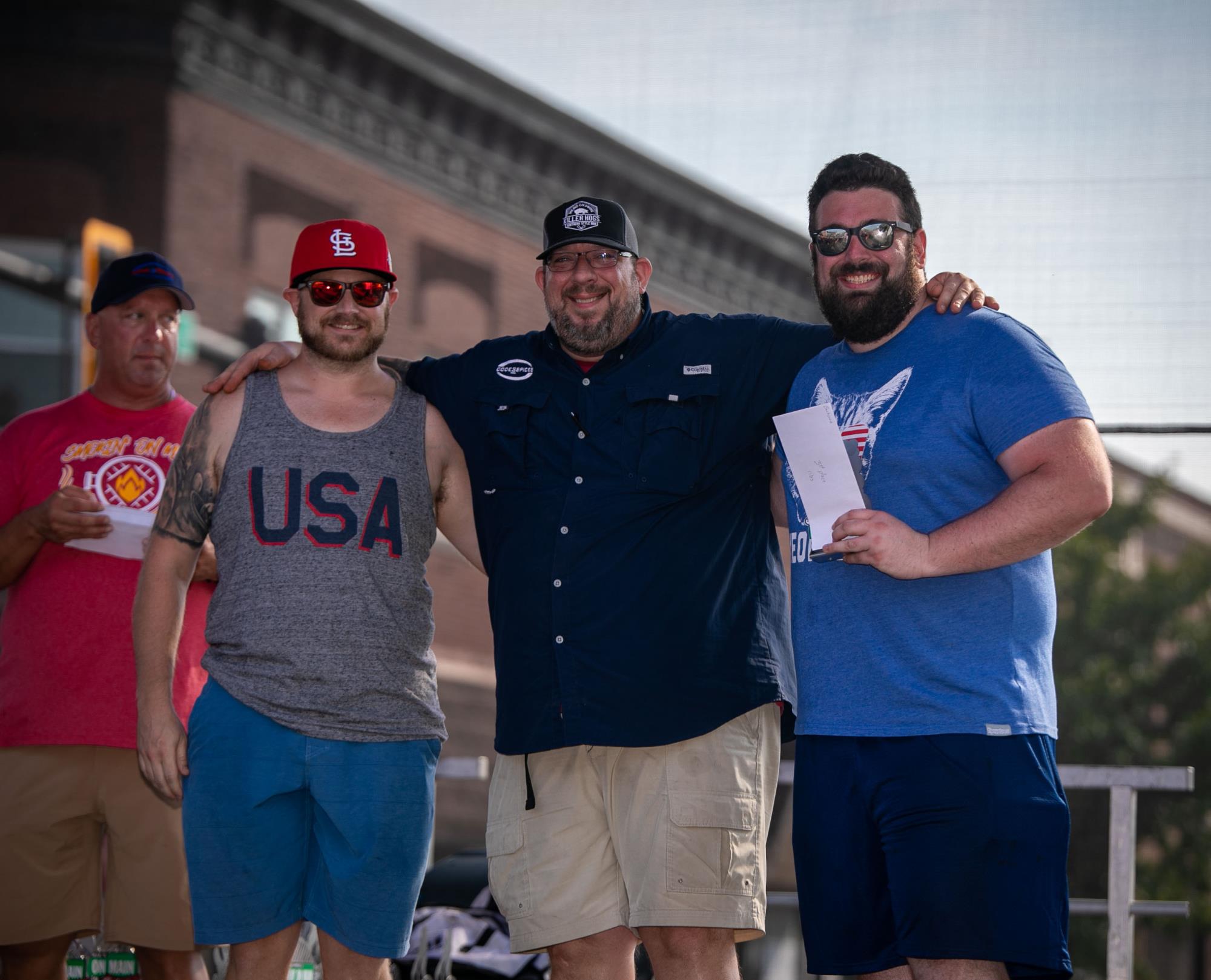 Competing in the Professional Division were members of the Collinsville Public Works Department. 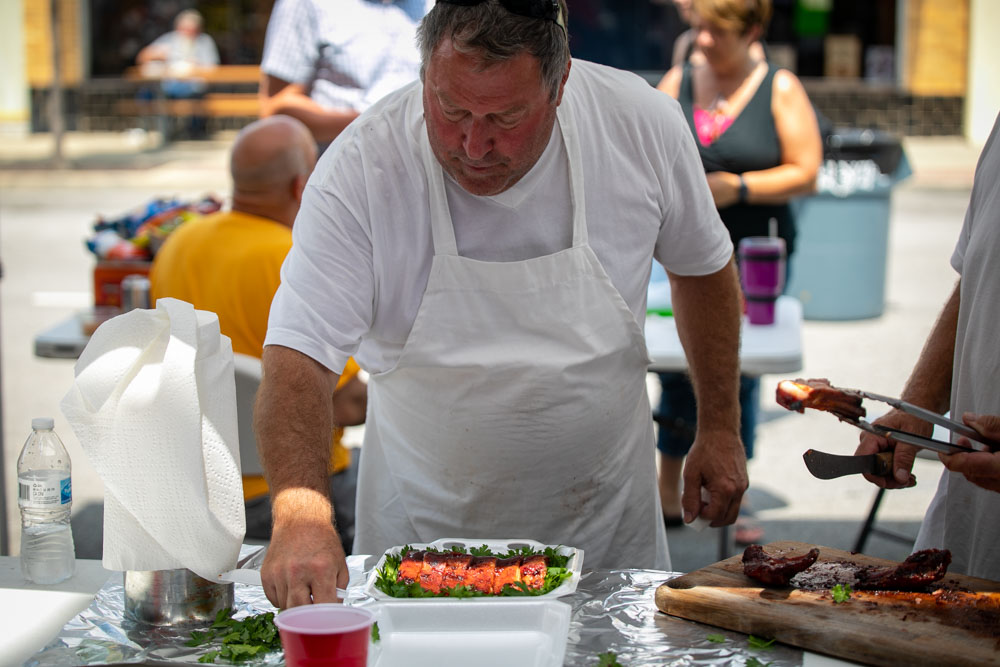 Dale Kress prepares his box of ribs for the judges.